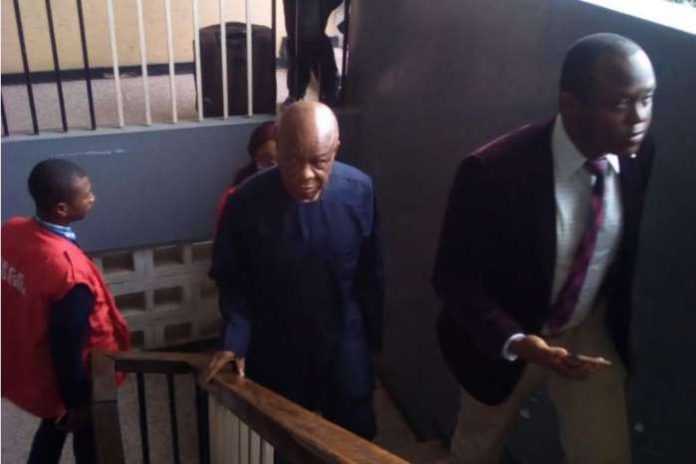 He pleaded not guilty to a four-count charge.

Justice Chuka Obiozor ordered his remand in EFCC custody until Friday when his bail application will be heard.

Count one of the charge reads: “That you Prof Maurice Mmaduakolam Iwu between December 2014 and 27th March, 2015 in Nigeria within the jurisdiction of this Honourable Court aided the concealment of the total sum of N1,203,000,000.00 in Bioresources Institute of Nigeria (BION) limited’s Account No.1018603119 domiciled in the United Bank For Africa Plc which sum you reasonably ought to have known forms part of proceeds of unlawful act to wit: fraud and you thereby committed an offence contrary to sections 18 (a), 15 (2) (a) of the Money Laundering Prohibition Act, 2011 as amended and punishable under section 15 (3} of the same Act.”

Joeboy – All For You (VIDEO)

You may have missed